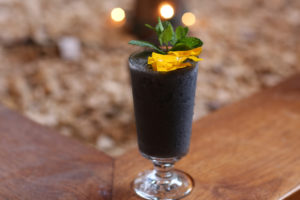 Initially, when I first started The Cocktail Portal page,
I was having a blast. But I didn’t know where it was going and I questioned myself. I didn’t know who it was going out to and what effect it was having. I couldn’t see my audience and how they were perceiving the videos. I doubted what I was doing and at one point felt I should quit and go back to an office job. Let’s face it. There’s are a million and one photographers out here. And I was a starving one that badly needed tires on my car and couldn’t afford all 4 (so I replaced the front 2).

Bartender Brian Klemm is the one that offered a beacon of light and told me, “just keep going. Trust me! You have no idea how many people are talking about you. Keep going.”  Brian’s words of encouragement helped guide me away from my fear and allowed me to press on

In my wildest dreams, I couldn’t have imagined the doors that would open. Let’s just say, I don’t have a new car or house, (and yes, I finally got the other 2 tires replaced) but I am rich. I am rich in the people I meet, the friends I have made, and the experiences that have been extended to me. I am happy beyond measure that I have found an outlet for my camera. I am  honored that I have been afforded the opportunity to paint portraits of bartenders life’s work. I get to showcase passion and talent in an industry that, in large part, until most recently, wasn’t considered a legitimate career.  I have had bartenders, with a college degree, share that after they get featured parents and spouses become proud and have a better understanding of the big picture.

It is, with much gratitude, an honor.

Get the latest posts